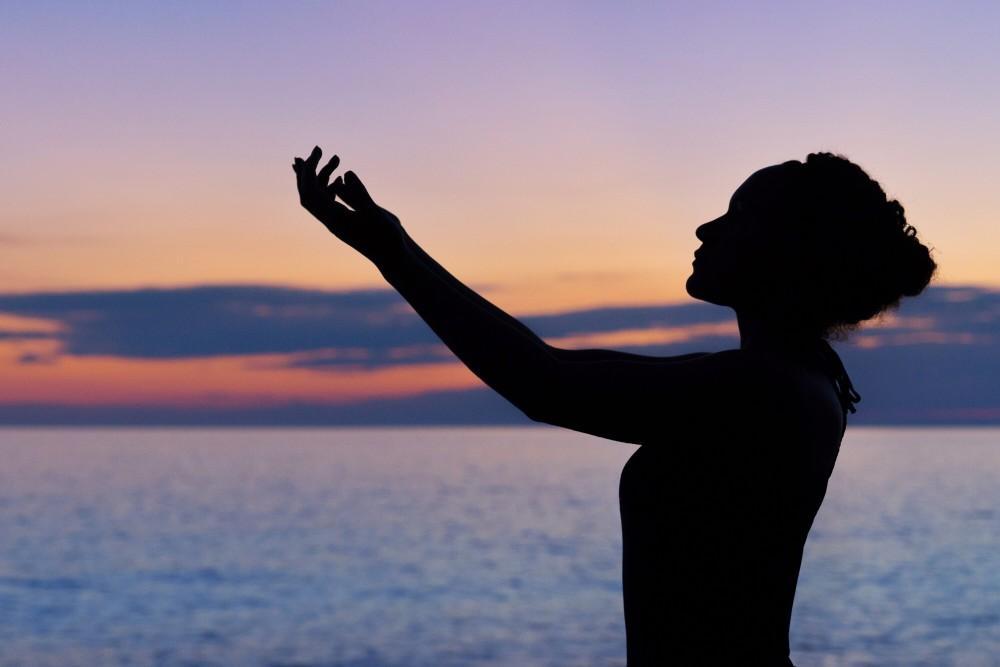 "Amy" is a 49 year old owner and co-manager of a successful food company. As a 25-year-old immigrant from a small village in India, Amy started her journey in the U.S city of San Francisco,  accompanying her husband whom her parents had arranged her marriage to four years prior. Amy quickly adapted to her new life in the Bay area while familiarizing herself with her new life partner and (before she knew it) embracing parenthood without having any family support nearby.  This was novel for her. Some time passed and soon after the birth of their first child, the couple decided to purchase an Indian grocery store which could would support their family and avoid future job instability and discrimination often faced by Indian immigrants in San Francisco.

Soon after the birth of their first child the couple decided to purchase an Indian grocery store which would support their family and avoid future job instability and discrimination often faced by Indian immigrants in the city.

Without having any business experience, Amy learned every aspect of running store operations. Her smarts, motivation, and amicable people skills were instrumental in the success of their family-owned business becoming profitable—all of which transpired  within one year of its purchase.

Like many A-type personalities, Amy ran at a fast speed many would describe as going “a hundred miles per hour”. When she wasn’t busy implementing creative ways for their food company to financially thrive, Amy was busy also tasked with running her home, raising her two sons, being actively involved in their church, and juggling the family’s extensive social obligations. All else aside, Amy was well regarded by others as having a bubbly personality, as someone who often took the extra step to help others feel happy.

Almost six months prior to coming in to see me as a patient, Amy had suddenly become extremely ill. While on a whirlwind vacation to visit her family in India, Amy suddenly developed a persistent low-grade fever, lower abdominal and back pain, and gross blood in her urine.  She self-medicated with Ibuprofen (a fever reducer and pain killer) around the clock until she arrived  back to San Francisco ten days later and was able to connect with her primary care physician. Unfortunately since Amy’s symptoms only got worse, her doctor instructed her to go straight to the nearest emergency room for a presumed kidney infection (also called pyelonephritis).  She followed suit and was hospitalized for the next nine days on intravenous (IV) antibiotics.

After her discharge, Amy returned home and discovered her husband had come down with the flu and was unable to adequately take care of her.  Because Amy’s immune system was already compromised, she fell ill again with unrelenting fevers, abdominal pain, dizziness, and a dramatic decline in her mental sharpness. Within days, she was again readmitted to the hospital and diagnosed with a recurrent infection. To make matters worse, she had an extremely low white blood cell count. Amy was put into an airborne isolation room and given another round of intravenous antibiotics even though she wasn’t symptomatically improving.  Amy was having more trouble breathing despite being on intranasal oxygen. Her iron-deficiency anemia continued to worsen while her platelet count kept escalating. There was no evidence of a urine or blood infection; the source of Amy’s symptoms were becoming increasingly unclear. The extensive number of specialists managing her case were stumped; what was going on with Amy? Many of the most commonly used treatments believed to be appropriate: a variety of IV antibiotics, steroids, and IV fluids had been given -- Amy wasn’t responding.  Her doctors and her family were very concerned. Amy was in critical condition.

While the doctors were bewildered at what could be wrong, Amy dug deep inside to find the will power to go on. She recalled saying to herself, “All is well. I have no regrets if this is my time.”  Amy credited her inner strength, in addition to being surrounded by love and compassion, and her deep sense of purpose for how she was able to pull through and be discharged home a second time.

Although she had walked away from death’s door, she hadn’t walked into a place of healing in the months that followed.  Amy continued to suffer from a myriad of unrelenting symptoms: abdominal and low back pain, severe bloating, dizziness, painful varicose veins and gout in her lower extremities, sinus congestion, fatigue, decline in mental alertness, extreme mood shifts, severe hair loss, excessive facial hair growth and weight gain. She still wasn’t able to work or manage her home responsibilities like before; her life remained uncertain, challenging, and stressful.

Amy continued to be treated by San Francisco’s top medical specialists: an internist, an urologist, a gynecologist, and a gastroenterologist.  Her renowned healthcare team ordered every test to better understand exactly what was going on with Amy.  Unfortunately, there was no conclusive answer  to what made her ill and what kept her symptoms—although not as severe as before—ongoing. She was given a cornucopia of diagnoses: gastritis, interstitial cystitis, pyelonephritis, premature menopause, irritable bowel syndrome, colonic polyps, hyperlipidemia, malabsorption syndrome, dysfunctional elimination syndrome, fatty liver disease with hyperlipidemia, vertigo, arthritis, varicose veins, depression and anxiety.  The list goes on and on; it all depended on which and how many specialists Amy talked to. The only thing all of the specialists could agree on was that Amy had a high level of inflammation throughout her body.

“Not sure. You are a medical mystery.” At least this was the consistent response by all of the doctors of her team.

Amy’s symptoms continued to be treated with many rounds of antibiotics along with eight different medications required for daily consumption: hormone replacement vaginal ring, stomach-acid suppressing pills, cholesterol-lowering drugs, four different types of vitamins,  probiotics, muscle relaxants, and one anti-dizziness medication.  Unfortunately, none of these prescriptions ever helped Amy get better.

Amy was miserable, scared, and fed up! She had followed every recommendation advised by the medical experts with no relief in sight. Was she really supposed to accept the complacency demonstrated by all of the doctors who were telling her to accept her “new normal”.?

Amy and her family were now overwhelmed by the outrageous medical bills (over $25,000.00) they were dealing with, and the constant battle with hospital and insurance carriers contesting many of the outrageous charges.  Hope was beginning to dwell. At her wits end, Amy came across my name. Her best friend urged her to see me for a medical consultation since she had personally heard of many of my patient success stories.  Understandably so, Amy was initially reluctant to meet another doctor and be led on another expensive goose-chase. She couldn’t fathom more medical bills and was disappointed again.  In fact, Amy’s best friend was so worried about her that she contacted me personally about her case.  I reassured her friend that if she would convince Amy to see me just once, I would provide my services free-of-charge. This was a matter of saving Amy’s life and her family from financial ruin.

Amy and her husband eventually made the decision to see me a few weeks later. They had completed my comprehensive intake form beforehand so that I’d had the opportunity to review her case thoroughly. During our ninety-minute appointment, Amy had my undivided attention; I listened to her story without ever once interrupting her and completed a thorough physical exam. After putting together all the clues needed, I was able to both understand and explain to Amy the root cause of her “medical mystery”.

Amy’s digestive system had stopped working, causing poor elimination of toxins. It had essentially gone offline. Her nervous system was “shot”, unable to easily differentiate between stress and when to function normally. Many of the medications and supplements she had been taking were further compromising her immune system due to nasty side effects. We devised a personalized treatment plan focused on becoming better aligned with how to optimize her cellular function and jumpstart her critical organ systems to start working again. The solutions provided focused on first doing no harm so Amy’s body had a chance to begin healing. We made a few simple shifts in Amy’s way of thinking and lifestyle, and stopped eight out of nine of her medications which were causing her harm. Amy was started on three plant-derived supplements: Dextrose-Free Physician’s Elemental powder (by Integrative Therapeutics), the spice turmeric, Magnesium citrate powder and Licorice Root Extract powder (both by bulksupplements.com) to be taken on a daily basis going forward. These botanicals would safely support Amy’s digestive, immune, and nervous systems since her cells could safely receive them and not cause any undesirable side effects.

Our goal was to focus on her root cause. Otherwise, we’d have the same effect all the other doctors had: give protocols that worked against the body.

Amy and her husband were beyond satisfied with their consultation. They felt heard and thrilled to finally understand exactly what was going wrong with Amy and why she wasn’t getting better with the conventional medical approach. By having a clearer vision regarding what their next steps were towards healing, Amy felt more empowered than ever before.  (She was so pleased that in the end, Amy wasn’t able to accept my free services anymore, and paid the full consultation fee).

Within the next six weeks, Amy’s bloating and body aches had subsided by 80%. She had lost eight pounds and was contemplating returning back to work. Amy was thrilled with her improvement -- it was the best results she had experienced in over the past seven months. Over the course of the next year, Amy continued to see me on a bi-weekly to monthly basis. Her health steadily improved to the point where Amy would often forget to mention her troubles from her prior office visits.  Amy began feeling like her old self—confident, energetic, and happy. She began feeling a peace deep within herself, not felt since her wedding, and this gave Amy the confidence to believe she was the only one in charge of changing her health story.

Amy’s amazing transformation had a domino effect for everyone around her. Amy’s family’s health began to remarkably improve through Amy’s guidance. The family’s food company continued to climb the ladder of success and became the top selling Indian grocery store in town.

Can you guess my favorite herb?

How Common is Irritable Bowel Syndrome?

It’s something we’ve all heard about, but what is IBS? Dr. Payal Bhandari discusses the symptoms and explains how common irritable bowel syndrome is.

Emerging Evidence on the Severity of Patient Outcomes & the Microbiome

Did you know that patients infected with SARS-CoV-2 are markedly low in gut bacteria known to have immunomodulatory potential? Enhancing our microbiome appears to be the new frontier in fighting this pandemic.

What exactly is bioidentical hormone therapy?

Early Signs of Arthritis? How To Improve Your Joint Pain

When younger people experience joint pain, they hardly ever consider the possibility that it could be a symptom of arthritis. Learn more about the surprising early warning signs!