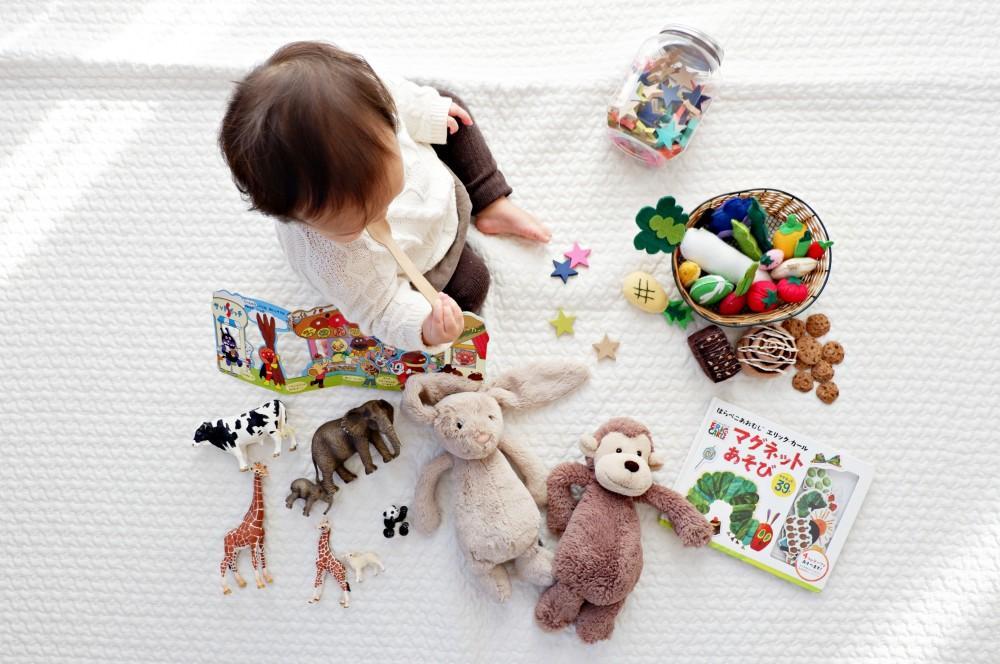 Did you know that approximately 90% of infants today in America are missing key bacterial species inside their gut critical for their digestive and immune systems to work properly?

This means nine out of ten infants are unable to unlock all of the nutritional benefits from the foods they consume -- just because they don’t have the right bugs inside their gut.

The bugs inside your baby’s gut matter!

The first 4 weeks of an infants’ life represents a unique time of rapid change and a once-in-a-lifetime opportunity for setting themselves up for a lifetime of good health (Gollwitzer & Marsland, 2015; Derrien et al., 2019).

During a child’s first 28 days of life, his microbiome located inside and outside of their body becomes populated with tons of different bugs (also called microorganisms).  These bugs are essential for being able to digest food, activate enzymes, vitamins, minerals and run many other critical cell functions.  With the highest concentration of microbiome located inside your gut wall, it is essential to create the right balance amongst these bugs if a child is to have a healthy immune system long-term capable of fending off foreign invaders, stopping the production of inflammation and setting off the pathway to being diseased.

In the United States 90% of infants’ gut microbiome have an excess overgrowth of pathogenic bacteria with an extremely low concentration of beneficial bacteria.  THIS MEANS TROUBLE. For example, when most babies born in America do not have the critical bacteria, Bifidobacterium longum subsp. infantis (B. infantis) inside their gut, it leads to major problems digesting food and running many critical cell functions. Without Bifidobacterium, these children are unable to break down complex carbohydrates in human breast milk causing their cells to starve. Because these large sugar molecules remain unabsorbed and cannot be easily broken down by the small amount of digestive enzymes produced by the infant’s small intestines, liver and pancreas, it triggers an intense inflammatory reaction inside the gut. Once the small intestines’ walls have been permanently damaged (also known as leaky gut syndrome), toxic sugar metabolites seeding into the bloodstream and trigger an inflammatory reaction systemically and damage brain and peripheral nervous system cells. This, in turn, places the body and mind into a constant stress state of fight or flight where eating is associated with making the child increasingly sick. Beyond supplying essential nutrients to the infant, B. infantis is critical for growth and development along with protecting an infant from infections,  common childhood conditions like colic and diaper rash, and preventing the overgrowth of pathogenic bacteria inside the body.

With such a high percentage of children today suffering from some degree of dysbiosis (overgrowth of pathogenic bacteria versus beneficial ones) combined with their inability to easily conduct many normal cell functions, they are prone to being in a frequent physiological state of stress. This sets them up for suffering from a slew of acute and chronic diseases, poor cognitive function which may present as a learning disorder, suboptimal coping skills along with abnormal growth and development (i.e., overweight/obese, early onset of menarch and other changes of puberty, excessively short or tall).

Because our genes do not change rapidly over time, it’s the environment and its direct impact on the microbiome which is playing the biggest role in dictating the onset and severity of any illness.  Over multiple generations, we are discovering the microbiome of today’s people is void of many beneficial bugs causing further disruption of the delicate microbiome balance necessary to run the majority of the body’s cellular functions.  We anticipate at the explosive rate we are moving with eradicating more and more beneficial bacteria from naturally colonizing our gut, people of all ages will continue to suffer from a variety of deadly diseases earlier in life at the fastest speed in human history with minimal likelihood of recovering.

Since preterm babies are prone to experiencing a high degree of microbiome instability just because their gut is significantly less mature than a term newborn born by normal vaginal delivery, they’re often more likely to be sicker right from the get-go (Frese et al., 2017; Raju et al., 2017). Historically, because otherwise “healthy” full-term babies were seen to be symptom-free and presumed to be in good physical condition, going deep in studying and respecting the development and long-term implications of these infant’s microbiome has been mostly ignored in Western countries.

It’s been really difficult, if not impossible, to know for certain what constitutes a healthy or unhealthy microbiome in any given individual. We all have a unique microbiome signature, so the answer is “It depends”. With so much uncertainty and misinterpretation of what the data of the microbiome presents, it’s easier to say not enough is known (Not true), thereby preventing clinical action. As a result, a lot of the hospital microbiome assessment (if conducted at all) requires us to operate in the grey, and many healthcare providers are not comfortable not knowing how to interpret the data or what to do.

Fortunately, this is changing as the technology for assessing the gut microbiome improves. It’s also worth mentioning that potentially dangerous bacteria comprise, on average, 93% of all bacteria in the infant gut microbiome, with the most common bacteria being Escherichia coli (E. coli), Clostridium difficile (C. diff), Klebsiella pneumoniae, Streptococcus, Staphylococcus, and Salmonella. This is significant since most of these bacteria harbor genes related to antibiotic resistance. In fact, a total of 325 antibiotic resistant genes have recently been identified in the gut microbiome, with more than half (54%) of those genes being those that cause bacterial resistance to multiple antibiotics and viral resistance to most vaccines.

These potentially pathogenic bugs have changed to withstand their harsh environment of chronic antibiotic exposures from human overuse both as medication and in the foods they eat (primarily derived from consuming animal products and fish).

As dreadful as our current state is, fixing the infant microbiome and our’s is not a lost cause. From seconds after childbirth, the gut is a blank canvas that quickly takes hold of bacteria from its two mothers:  the Earth and mom. The evidence is telling us we have to wake up and do something now.

The other critical question one has to ask themselves is what’s happening when 9 out of 10 infants pass on their dwindling, dysfunctional, dysbiotic microbiome to their children and so on down the line? With minimal to no microbiome diversity to pass on, pathogenic disease is the only outcome.

What we can do is stop developing more “blockbuster drugs” which are, in actuality, murdering our microbiome. For our infants let’s at least start with increasing one of the most critical bacteria necessary for human development -- Bifidobacteria. This will directly translate into infants having a lower abundance of pathogenic bacteria AND antibiotic resistant genes.

Dr. Payal Bhandari MD and the Advanced Health Team Are Here to Support You on Optimizing your Health Journey

Our expert team of integrative functional medicine holistic practitioners work with patients suffering from acute and chronic health concerns they’ve been told can only be treated with invasive pharmaceutical drugs, surgery and other side effect-ridden solutions. If you are interested in learning exactly what is going on inside of your body and permanently reversing your disease, reach out to SF Advanced Health.

Duar, R. M., Henrick, B. M., Casaburi, G., & Frese, S. A. (2020a). Integrating the ecosystem services framework to define dysbiosis of the breastfed infant gut: The role of B. infantis and human milk oligosaccharides. Frontiers in nutrition, 7.